As the sun dropped behind the roller coasters William begged and begged his mum too go on the THE MONSTER 2000 cause the girl of his dream’s was in the line of.Her name is Katty she has long hair like an angel sparkly blue eye’s and a lovely smile.She smiled at me I get hot and cold I don’t know what to do so I just waved .Finally mum let me go on the ride but Simon,My little brother tries to stop me but I tell him I’ll be alright I race over to Katty she say’s have I been on this ride before I don’t know what to say again I get hot and cold Ummmmm yeah I have plenty of time’s.She tell’s me all about the ride she said it goes up and under and around and around and around.

I was about to forfet and hope out of line but I took a look at Katty once more and thought I should stay It’s worth it.It was our turn to go on the ride and as I took a set the man told me I’m too short He said I have too be over the monsters hand. The hand was about four metres tall I was only three and and a half every one laughed at me even the homeless guy that live’s in our shed.

I was so embarrassed I ran behind the toilet’s and tears were falling down my face just like me I go down and never came up.I finally came out behind the toilets and brought me a packet full of sugar Well that’s what my dad calls them. He hate’s the word lollie’s he think’s their bad for your teeth they are but their yum. 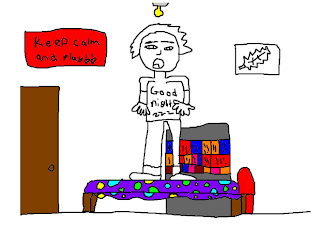 The man gave me the lollie’s he told me that they're the newest one’s out and if you make a wish while blowing it your wish really does came true.I took the packet home with me and wished that I could be taller I went to sleep and had all this bad dream’s on  me growing taller and one was the best dream ever It was of me and Katty on THE MONSTER 200 we were having so much fun and next to me was this weird girl Brooklyn she kept on picking her nose and couldn’t stop clapping.

The next day I woke up and I was massive I was so tall I thought I was in a dollhouse but after an hour it wore off  so now I know not to mess with magic powder.Or should I ?
Posted by Ariana at 10:04 No comments:

My friend's are cool,amazing,funny,crazy and supercalifragilisticexpialidocious their names are Brooklyn,Lucy,Khaia,Marilyn,Paige and Ava.


“Go outside no one like’s you” say’s Tommy’s older brother Bobby. “You're a big meanie” cried out Tommy as he started to cry.They just had a fight over the last lollie pop in the lolly jar cause where they came from all  they eat is corn,beef and chicken. 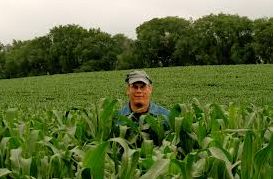 
That next morning He went down with his mum and dad to the supermarket in town to buy same more Chicken.When they got into town there in front of them was a building with corn all over it and next to that building was The cornanater. They hoped out of the car to see how big it was and it was about thirty feet tall and sixteen meter wide.

Tommy’s dad was a sintec so he quickly jumped back in the car and drove all the way back to his house run to his lab(Shed).Yelling at Tomming he grabs his lab coat and starts to make his poshin. All you could see was smoke everywhere then there was pink here and blue their.It looked like a disco but with lot’s and lot’s of smoke Finally he was finished and they hoped in the drove down the but their was a crash so they had to wait 10 minet’s.By the time they got their the place was like a farm but they
Posted by Ariana at 12:46 No comments:

Richard live’s in a village togori on an island named makira in the solomon island Fish is very important to them
they don’t buy a lot of their food they catch it.His uncle isharah the(chief or bigman) want’s to help people in his village to get fish even when it’s bad weather.

He drew up a plan then the work began every one in the village came to help with the digging.The work really paid off and they moved a lot of dirt.The pool took about half a year they worked in the morning and in the evening but not in the afternoon because it’s too hot.When the pool was finished they had to join up to the river pipes then they took ten days to full.Uncle ishara released some mud fish in the pool we hoped they will survive and they did.

After three years the fish were ready to catch and eat.I like fishing so often I go and help my Uncle with the fish farm.One of my favorite job’s is feeding the fish with larvae of white ants , which live on the side if dead tree’s all around our village.They go crazy over it! But my best of all is catching the fish.I use traditional bamboo rod.I prepared the line with bait,cast it out,and before I know it,there’s a fish on the end of my line.I’m glad that I’ve helped Uncle Isaiah’s plan to succeed so well.These days,even when weather is too bad to go fishing out at sea,people in our village can still have fish for dinner.

WOW!!! that was wicked with all their singing and dance move’s especially the acting.Have you heard of that musical WICKED cause I’ve seen It’s really good if you wanna see it you can just press play on the movie below.

Today we had to match the title to a pitcure and it had to make sence it was all about farm animals so here's a pitcuer of what we did. 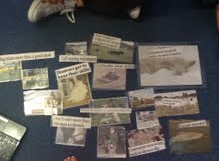 Who is visiting this blog?

Kia ora na my name is Ariana and I’m a year eight student at Pt england school. This year I’m in room 3 and have the beautiful teacher Mrs Tele’a . My favourite foods are Pizza and ice cream. Some of my hobbies are netball,swimming, designing,creating and art. I love to dance and act. One of the things I love doing most is learning different languages I can speak a little cook island, nz maori,tahitian and I know a little French too. Did I mention I’m also a prefect?